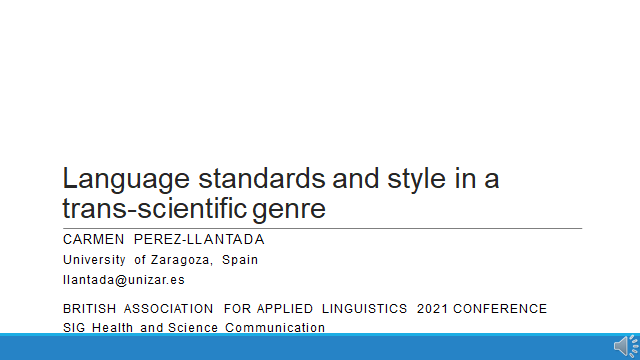 This paper focuses on the crowdfunding project, a trans-scientific genre that is attracting increasing attention among researchers in the fields of Medicine and Health Sciences. The extant literature conceptualizes this genre as ‘trans-scientific’ (or ‘para-scientific’) because it operates “outside the conventional models of gatekeeping and reporting found in internal science communication” (Kelly and Miller, 2016: 221) and adopts “linguistic resources and discourse strategies from external genres of science communication” (Mehlenbacher and Mehlenbacher, 2019: 47). Using a case study from Experiment.com, a crowdfunding platform for scientific research, I aim to examine aspects of genre and rhetorical effects in relation to features of register and discourse style. I illustrate how, at times, researchers use language features that are typical of formal academic writing (i.e. economy features such as nouns as premodifiers and prepositional phrases as noun postmodifiers, which create a phrasal rather than clausal discourse style) while, at other times, they employ colloquial features (i.e. lexical and grammatical features associated with conversation, for example, first person pronouns, contractions and semi-modals). The study shows that register variation accounts for the rhetorical exigences of the genre –to communicate science clearly to non-specialist audiences and to persuade them to fund the project. By enabling researchers to move back and forth between register types and do so drawing on the modularity and interactivity affordances of the electronic platform, the genre achieves its primary communicative goals, namely, to inform the public about scientific research and to prompt donation. I conclude that the resulting hybrid discourse instantiates what Biber and Gray (2016: 314) define as “the competing demands of popularization vs economy of language” in web-mediated communication. Implications will be discussed regarding teaching/learning to write for public engagement in science. 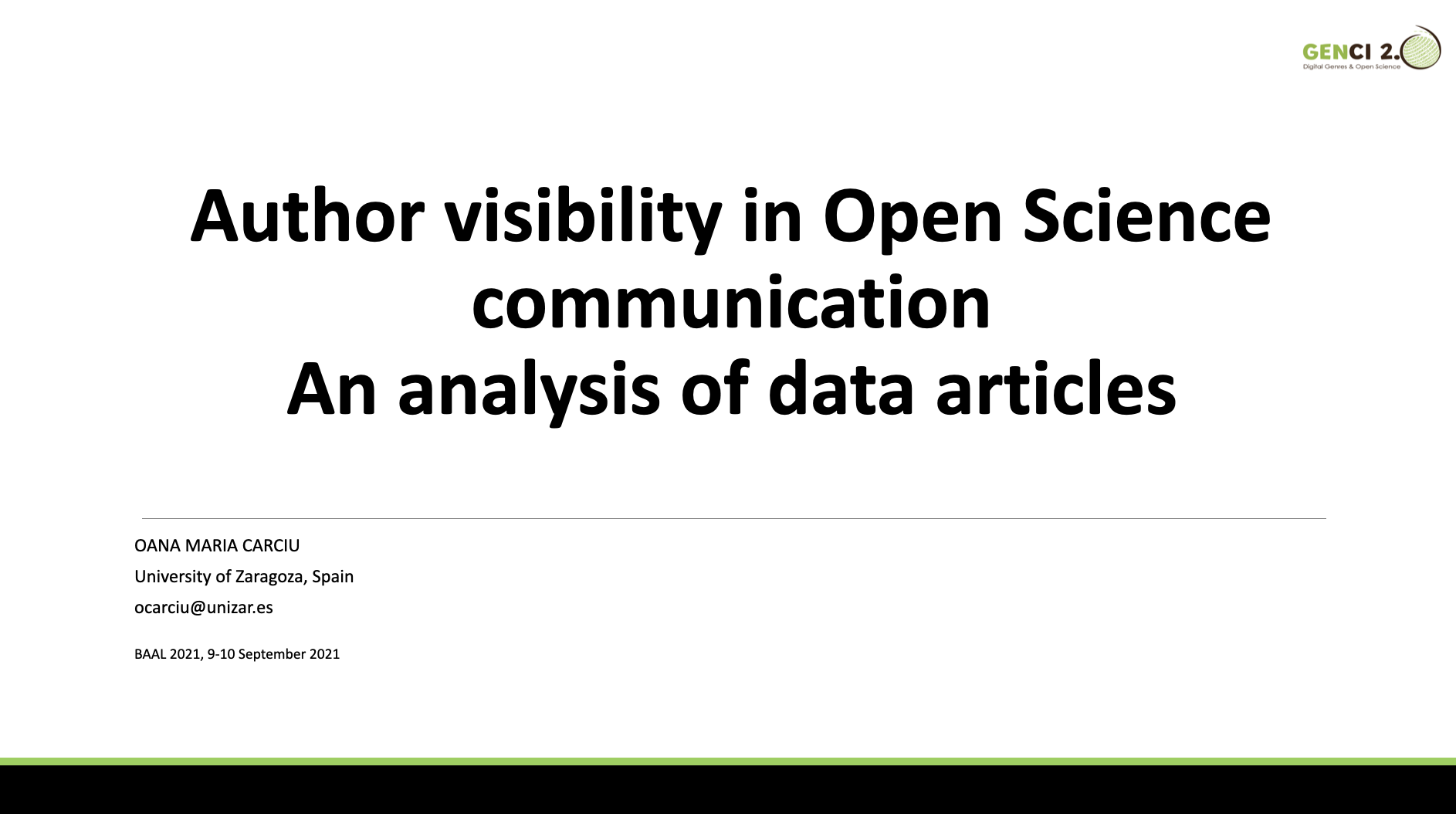 Sharing data online has become an increasingly common practice in science. Borgam (2012) identifies four rationales for this data-sharing culture: replication and verification, provision of access to research funded by public money, reusability of data, and progress and innovation. In support of this, the open science movement called for communication of research data as a scientific output (Callaghan et al., 2012).  Data articles, an online genre that has emerged in response to this new culture in science, poses new writing challenges to authors, who have to address the communicative demand of describing and highlighting their data to make it relevant to peer scientists interested in using it (Shaklee, 2014). In this presentation I will use corpus tools (#LancsBox v. 5.1.2, Brezina, Weill-Tessier, & McEnery, 2020) to analyse the language deployed for describing and highlighting data in an interdisciplinary corpus of 100 data articles from the open access journal Data in Brief. I will specifically focus on authors’ visibility by examining the frequency, recurring collocations, and discourse functions of the pronoun ‘we’. Findings show that when describing data, explicit author references (e.g. here we report, we describe, we also provide, we expected to observe, we present, in this article we evaluated, we experimentally observed) are less frequent than tacit references (for example, those realized by passive constructions), suggesting that authors may be reproducing the conventional language of reporting in experimental research papers. Regarding discourse functions, ‘we’ pronouns are used for self-reference/self-ascription for data description purposes, hypothesis-making about the unknown and poorly understood or for arguing persuasively and thus highlighting the value of their data. These findings have implications for providing advice and training scientists in the use of rhetorical and linguistic choices for describing and highlighting data so as to make data open, reusable, transparent and credible.